...said the actress to the bishop.
I don't remember much of Michael Nazir-Ali's Laing Lecture in 2009. But in staff prayers this morning, I was reminded of what he said about salt and light. Here is my paraphrase:

Light is all pervading. Where there is light, there can be no darkness. When Jesus talks about people being light, he is talking of light removing the darkness. However, much more effective in our culture is to be salt. Salt mixes in with food and flavours it. It doesn't get rid of the food, but changes the flavour of the meal.

My friend Phil is a good man

I like Phil. He's funny. He has a wonderful family and cooks a mean braai. He also gave me a lot of laughs (and probably some undercurrents of wisdom) throughout my teenage years.

He also has a penchant for Stuff Christians Like - easily ranking as one of my personal 'most intimidating blogs of all time'. His enjoyment of SCL, and the way it regularly finds its way onto my News Feed, made me take a gander at it again today. It's one of those blogs that remind me what I am not. Jon Acuff, the esteemed writer of said blog, is able to list his 'top 10 blogs of 2010' by hits. He's able to post a blog every day. He's able to have adverts, proper paid-for adverts, not just some random link to 'Plumbers in Hampstead' on Google. He's able to advertise his book. On top of this, he comes across as, well, a very nice, humorous, and gracious man.
I am none of the above.
I am someone completely different, without the job description of 'writer' to justify not doing anything all day. And one day, it'd be lovely to have the kind of recognition Jon Acuff gets. But for now, I'm happy being me.
So thank you Jon, and Phil, for reminding me of that.
Posted by David at 22:08 1 comment: 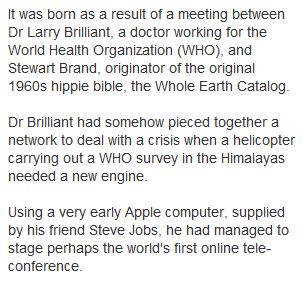 I happened across this article on the BBC, which contained one of the greatest names in science or any other field ever. It filled me with much joy, and many giggles.
Posted by David at 13:46 No comments:

Some challenging thoughts. From Anna.
Posted by David at 16:18 No comments:

and Peace.
That's right, I finally laid to rest the book I've been reading for the last, ahem, 2 and a half years. In my defence, it IS long. Not so in my defence, I keep on getting distracted by other, more fleeting books, written by Hauerwas and Lewis.
And so my next challenge is Anna Karenina. I thought I would let myself into the story gently, reading some of the preface, and introduction. I slowly and carefully started the preface by the esteemed John Bayley, thinking that this would help give some grounding for a book I've not read, nor heard much about.
I think it's safe to say that the preface did. In fact, it almost did away the need for reading the story, by detailing what happens to the main character. I know, generally, plebs like me don't read literary work by Tolstoy, but what kind of preface to a book is that?! Imagine a preface to a film that gave away the twist at the end. There's no point.
"Here's that DVD you wanted. It's really cleverly done. Oh, and at the end of the film, you find out Bruce Willis is ghost. ENJOY!"
Douchebag of a preface.
Posted by David at 14:28 No comments:

'He won't break off a bent reed or put out a dying flame, but he will make sure that justice is done.'

Yay for well-animated but dubious apocalyptic theology!
From Jesus Needs New PR.
Posted by David at 10:32 No comments:

Again, an email clearly not addressed to me. 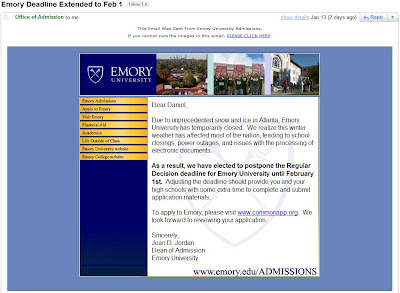 The Blog Of Common Fare

Blogging is a lot like liturgy.
I decided to try and blog more regularly, in the vain attempt that more people would visit this corner of the internet and love me. But I find that in trying to write regularly, some of what I say sounds forced. That's mainly because it is forced. If I am reminded, by myself, or by my darling girlfriend, to blog, it then feels like a chore, as opposed to a joy.
Blogging is a lot like liturgy.
But in blogging more regularly, I hope that something will change. I get into a rhythm of blogging. I shall begin to know what people are expecting and when, and hopefully appease the adoring public. My slightly erratic writing style will become something more solid. Hopefully others will appreciate it, as well as growing to love it myself.
Blogging is a lot like liturgy.
I hope that in this simple idea, even on days I really don't want to do it, or I feel uninspired, I can still get down to it and write something simple, or post a thought. I don't think it's going to change the world, but I do think that it might make me a slightly better person. I don't think that I'll have people flocking to my blog, but I do think that I will no longer be the point of writing this blog.
And that's why I think blogging is a lot like liturgy.
Posted by David at 12:57 3 comments: 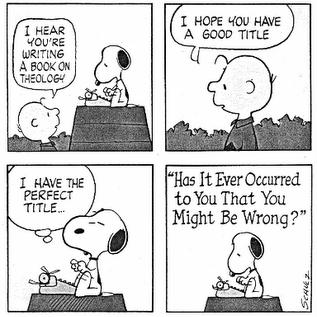 Sent to me by wonderful friend Ruth.
Posted by David at 17:58 No comments:

God, Could You Leave Us Alone?

I was bought Stanley Hauerwas' 'Prayers Plainly Spoken' for my birthday. It's a collection of prayers that he has written for a variety of occasions. I was reading some last night, and came across a prayer entitled 'God, Could You Leave Us Alone?'
What if God did? What if he actually left us be, for a little bit? I'm not talking a long time - maybe just a day or a week. Like, I don't know, perhaps for him to put his feet up for a little bit and not worry about humanity for once. We'll take the keys, promise we won't eat everything in the fridge and usher him onto a train to somewhere warm.
I suppose the humanists would be happy. And those plagued with guilt. And I imagine lots of Christians would be too - if Christians and people plagued with guilt are not of the same kind.
I try and wonder what life would be like without God. I would be out of a job. I wouldn't know... well, a large proportion of the people I know. I wouldn't quite know what to do with myself.
So, almost begrudgingly, I have to come back to the fact that there has to be a God, for me. I don't even really know what he/she/they/it is or are, but my life is nonsense without the idea of the Christian God.
What about yours?
Posted by David at 11:43 2 comments:

Over Christmas, I watched Shawshank Redemption. Twice. Because it is amazing.

And this section of the film always rings so true for me. The world is, as a rule, a bit crap. Not to draw any comparisons with prison, because I haven't actually ever been in a penitentiary. But to draw a really obvious tenuous link, one thing the world cannot take from us is hope.

To quote Thrice again, probably for the billionth time:

My heart is filled with songs of forever
The city that endures when all is made new
I know I don't belong here, I'll never
Call this place my home, I'm just passing through.
Posted by David at 22:30 No comments:

Not only is that the title of a great 2005 punk-pop album from the now sadly disbanded Last Tuesday, but it's also the new thing what I am doing this year about blogging.
I just want to thank those poor blessed souls who have kept on checking my blog in the hope I might throw out some kind of profound tidbit, like some hopeful ducks waiting for a piece of bread from the lady who used to come to the park every day but has now moved into a hospice due to her fall and cannot get down to the park to feed aforementioned birds with aforementioned baked goods, unless her nephew takes her, but he lives the other side of town and has a Very Important Job At The Council, so can only get over every few weeks.
Anyway, I sort of saw the word Resolve on my friend Peter's blog - him what is good with poetry and that - and it became the title of this little wordy diatribe. So, I resolve to actually do stuff on this blog, at least every other day.
I feel like I've just spewed verbosity onto a computer screen. Sorry.
Posted by David at 17:34 No comments:

So, I realise I've been incredibly lax with my blogging of late. As kindly pointed out by my darling girlfriend, the date of my last post coincided with her return from university. Purely coincidental, I tell you.
Anyhow, a few things to cheer your soul.
--
I finished watching the BBC's Nativity last night, in floods of tears. Not only was the production and acting terrific, the portrayal of God stepping down as a man was astonishing. The risk involved: a small child; fragile and perfect. To quote the programme:
'Not only a bridge between heaven and earth. But God coming to earth, as a man.'
Quite astonishing.
However, it was slightly sullied by professional douchebag Stephen Green not being able to understand the idea of 'poetic licence' and 'dramatisation' which will often expand a story beyond the original text. I don't think anyone is claiming that this portrayal is gospel. It is 'merely' a great reminder that our God became a man, and lived among us.
--
Y'know those times where it's clearly inappropriate to make jokes? Funerals, Remembrance Day, Sundays (if some Christians are to be believed). Well, add 'Oxford University interviews' to that list.
A friend, planning to study Geography, was in a room with three interviewers at Hertford College, being asked a variety of questions. She was then asked to talk about the importance of Geography, or some such nonsense. She responded with a reply of which I think I would have been proud:
"Well," she said, "without Geography, you'd be nowhere."
She didn't get in.
--
Haste the Day are a metal band. They produce riffage and screaming. So when they cover (and improve) pop songs, it's got to be worth a listen, right?
And here's the original, for your delectation.
--
I shall post some other things at another time. Thanks for bearing with me.
Posted by David at 11:05 No comments: