The Digital Story of the Nativity

So, so, so clever. I love it. Hats off to whoever made it - some genii in Portugal apparently - and for Jesus Needs New PR for highlighting it. Phenomenal.
Posted by David at 09:48 1 comment:

This is pretty, clever, and possibly basis for a lot of geo-political comment. Enjoy.
Posted by David at 17:36 No comments: 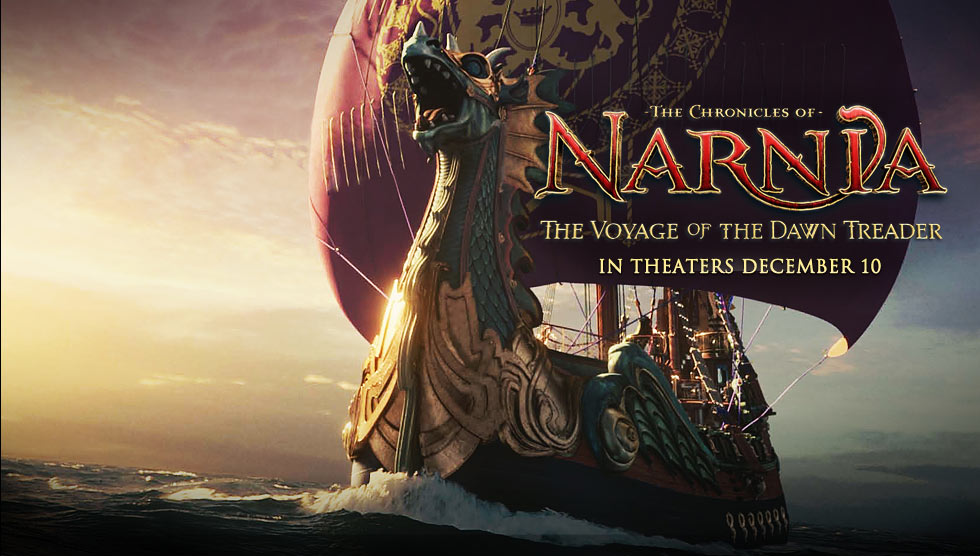 Disclaimer: this blog does contain spoilers, but I'm going to guess a lot of you have read the book, so... read on at your peril. Or something.

Last night I went to see a showing of The Chronicles of Narnia: The Voyage of the Dawn Treader. For free. In 3D. Before it's out in the cinema, at least in this country.

It was a good film, not great. In my personal opinion, they should have either stuck to the book more closely, or distanced themselves from it, and been original. As it was, it seemed like they tried to chug through the book, without giving real attention to the beautiful plot carved out by CS Lewis.

However, there were some very good moments - it was well written, and Reepicheep and Eustace's lines were often priceless, and delivered brilliantly. My favourite moment was one towards the end, when Eustace was asked how it felt to be changed from a dragon back to a boy by Aslan. He responds:

I've mentioned to a few people that there was a strong Hollywood layer over the top of the brilliance of the book, but at that moment, Mr Lewis shone through.

We can't do this by ourselves. We can't escape from our human nature, our degradation, our greed, jealousy and avarice, by ourselves. Which reminds me of a quote I used on Sunday in a sermon about John the Baptist, that I had been meaning to put up on the blog for a while:

I have a feeling that both Lewis & Barth knew what they were talking about, don't you?
Posted by David at 10:38 No comments:

So, here we are, at a Monday morning again. I overslept, and, probably due to my considerably erroneous sleep patterns of the weekend, now have a cold.

I realise I haven't said much in the way of words recently. It's been all videos and pictures. This is because I don't think I have much to say. Also, pictures are pretty, unless they're of a meaty nativity scene. Which, could be pretty, depending on your proclivity for uncooked pig flesh.

Anyway, this cold/frosty/snowy/equatorial [delete as applicable] morning, I thought I'd share a link with you. It's an article by Victoria Coren, the female spawn of one of my favourite humorists, Alan Coren, who died a few years back. It's about her chatting up the Archbishop of Canterbury, and how atheists get all the intellectuals. I can think of, well, lots of intellectuals who would have a problem with that.

As I'm only just about a believer (Phil's old dictum: it's not that I'm hanging onto God, it's God hanging onto me) and hardly an intellectual, I shan't really say much. I would want to echo her words that believers make themselves known, but to imply that intellectuals are in hiding is daft. Look at people like McGrath and Hauerwas, experts in their field, believers, and not afraid to engage with what Christians call 'the real world.'

Any thoughts, opinions? Get involved.
Posted by David at 11:25 No comments: 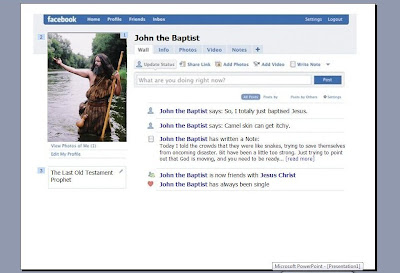 This is for my sermon tomorrow morning. I can't work out whether I'm a loser, or a creative genius.
Posted by David at 03:26 5 comments:

So, today, I received this email. It wasn't even an email, merely an attachment within the email with the subject line 'Read'. Well, with a command like that, I was unlikely to turn aside from finding out what joy had arrived in my inbox.

So, I'm a winner, apparently. Very tempted to reply to them and string them along a bit. Be a bit of a giggle, no?
Posted by David at 14:45 4 comments:

Points for effort, at least!

You know that thing where no matter what you put in creatively, be it looking at photographs, reading books or blogs, watching television or films, talking to people, working, listening, walking in the snow, - any of the above - absolutely nothing in terms of creative thought or process comes out?