Rumours of my demise...

...were pretty much bang on true, but I've got a thing or two more to say.

Those heading over here from Christian New Media, or @LSTheology, thank you! Feel free to read through my old stuff. It passes the time really well, but then, I really like what I write, so, I would find that. I hope you enjoy your perusal.

But eventually, head on over to This Is Not Important for my new stuff, and my 4 step plan for world domination. You'll just have to search REALLY hard for that last bit.

Thanks, and I look forward to seeing you at my new place.
Posted by David at 10:07 1 comment:

This Is No Longer Important


Well, the death knell sounds for That Theology Student. Thank you for all your support, love, kindness, and comments.

However, I promised I wouldn't leave you without a helper - or, another blog in which to read the things I think about stuff. Clicking here will take you there, and here's a pretty little screen shot of it: 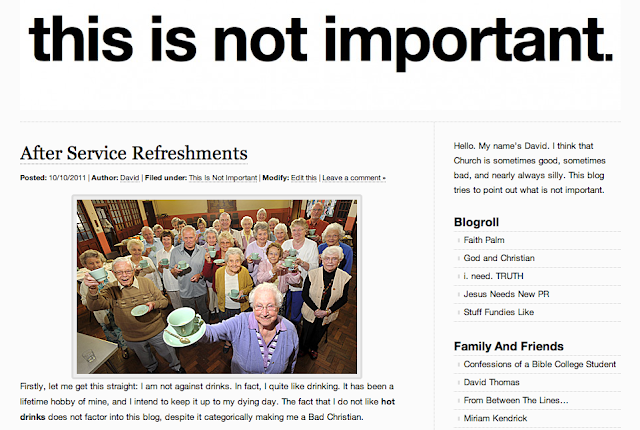 Thank you once again. It's been fun.
Posted by David at 12:11 No comments:

Labels: blog, blogging, death, This Is Not Important 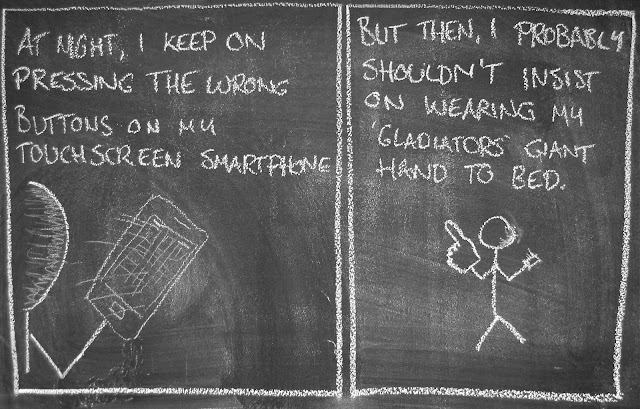 This was genuinely thought up somewhere between sleeping and waking this morning. How my mind thought that giant foam hands were a good punchline at that hour of the morning I've no idea.

In some more serious news, I didn't get into the finals of the Christian New Media Awards. I wasn't expecting to, considering the majority of my output has been drawings of stick people of late.

But this, I think, is the catalyst for change. Change that will probably mean the end of That Theology Student. However, do not despair! I shan't leave you without my words of wisdom or inane crappery. There are some exciting new blog plans afoot, so keep your eyes peeled.

Or, just, y'know, watch out for when I next post something. No need for peeling eyes, I guess.
Posted by David at 23:29 2 comments: 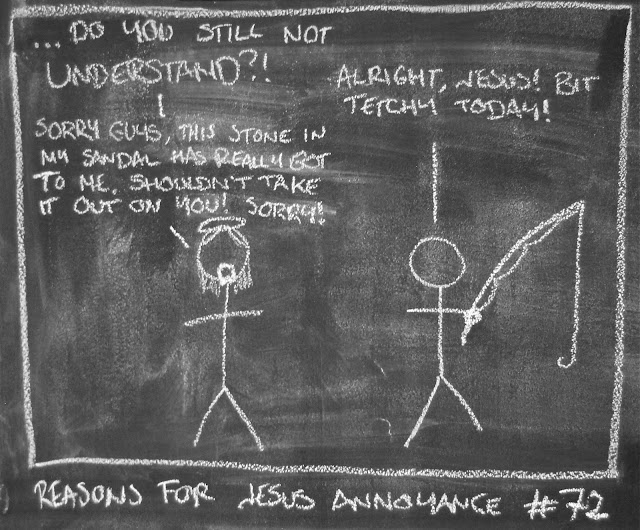 Yesterday, my friend James and I were discussing the various possibilities of Jesus' irritation at his disciples/religious leaders/fools, etc. Obviously, Jesus got LOADS of stones in his sandals...
Posted by David at 22:50 No comments: 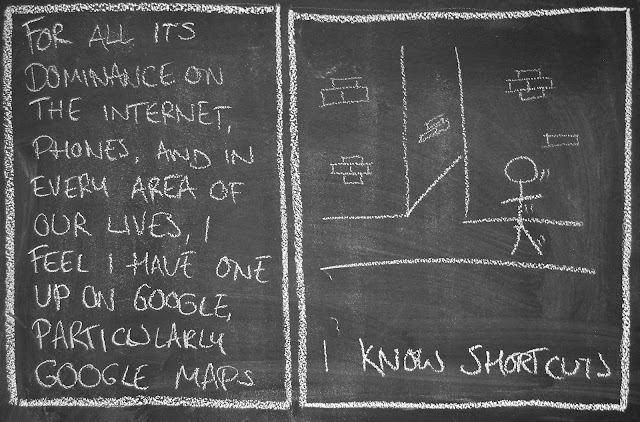 There Is No Spoon 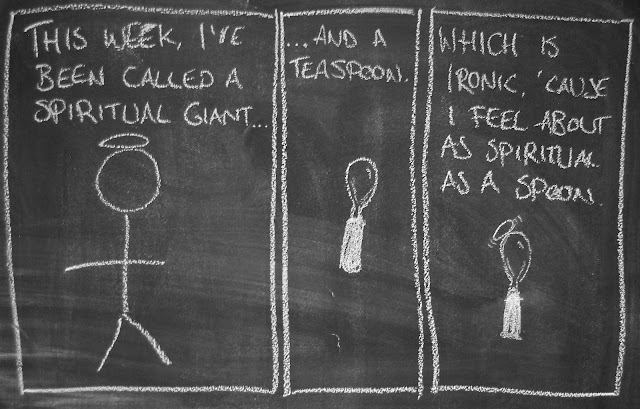 This perhaps sounds a little dramatic, but you know those times when you're not bursting with spiritual fervour, and every Bible reading or prayer seems like a massive act of faith?

However, I think I like it here. It means that when God shows up in a lyric, or a kind word or an old friendship, he's much more real. Church and Christianity are merely conduits to God's relationship with us, not the relationship itself.
Posted by David at 01:26 3 comments:

I still don't do Taxes

Inevitability has this way of making us remember it. Monday morning has an inevitability about it, and makes us grow strangely cold at various points on Sunday evening. Growing old/growing slower/not becoming a professional footballer are all inevitable, and every so often we're reminded - by younger, hipper (yes, exactly) and fitter friends, or by our bodies as they creak and moan at every movement. Manchester United winning is inevitable, and just something that we fans who actually live vaguely near the team we support will have to put up with.

Death, however, despite it being the most inevitable thing there is, has a tendency to be forgotten about.

Recently I seem to have been affected by death, but in a way that is slightly removed from myself. My neighbour died - I knew him to say hello to, but we weren't close. My sister-in-law's best friend's husband died. I don't think I had ever met him, but I know how sad this is for everyone involved. Even the normally chipper Matthew Paul Turner of Jesus Needs New PR is currently writing a series of pieces about a friend who died this weekend of a terminal illness.

I'm not a massive fan of death. It tends to ruin things, like families, and relationships and happiness. It's all pervading: there's an overwhelming sense of sadness, and when you escape the sadness for a moment, when you remember again, it hits you twice as hard between the eyes.

I remember my first real taste of death. I was about 13, and a friend's father had died. I didn't know him, and I hardly knew her. But the complete unfairness of it all was apparent to me. I sat on my chair in my room and cried. A lot. How could something so horrific and complete happen?

Somehow, we forget that death is inevitable. It may be that the progression of modern medicine has put the actuality of death so far into the future that we've forgotten the potency it possesses. It may be that the fear of death has taken hold and we try and push death as far away as possible. It may be the fact that life is usually quite long - whoever said life was short, they were wrong: it's the longest thing you'll ever do - that means that death is not often thought of when it can be avoided.

But death is inevitable.

It has been documented that I've been enjoying Harry Potter lately. The final book comes to an end when Harry - and if you haven't read/seen it yet, sucks to be you - approaches death willingly; not without fear, but with courage; and in willingly sacrificing himself, lives. The crucial difference between the character of Harry and Lord Voldemort is that Voldemort is looking to live forever - his life's work is to make himself immortal.

Yet, death is not something to fear. I struggle writing that sentence because it IS. It's horrible, painful, undignified and messy. It leaves gaping holes in hearts and rips lives apart.

But there is this hope that something greater than death is at work, and I cling to that hope like a drowning man, because otherwise, life is meaningless.

We were sons of insurrection, doomed to face the dark alone,
'Till vicarious perfection, dearly won, was made our own.
So where's your landslide, where's your victory?
Tell me now, where's your sting?
Unassailable you waited, the great enemy of man,
'till your awful jaws were sated, and we were ransomed from your hand.
Now that you have been disarmed, we will cross over unharmed.
Thrice, Major/Minor, 'Disarmed'
Posted by David at 13:12 1 comment: