One for my American readers... all two of you. I forgot I put this on my Spotify playlist last week, so the bagpipes confused me for a minute. After that, it was pure enjoyment. Less for the video, and more for the music.

A tiny edit later: By the above, I mean there is no video. Just listen to the audible amber nectar.

I actually know this person...

Pete and his problems...

The Rt Revd Peter Broadbent, Bishop of Willesden has been asked to step back from public offices, (although, hasn't been suspended) for saying saying some disparaging remarks about the forthcoming royal wedding on Facebook. Before the request to 'step back' from the Bishop of London, Bishop Broadbent apologised duly and fully.

Amusingly enough, I more or less agree with what he said, even if I don't quite agree with how he said it. However, knowing full well the dangers of public forums and high handed officials, there was perhaps a lapse of thought when posted said comments to Facebook, but, oh look, he apologised for that.

Yes, it was silly.

No, it's not worth asking one of your most forward-thinking Bishops to step back.

Just my tuppenc'orth. Any thoughts?
Posted by David at 15:06 5 comments:

I apologise for the lack of blogs lately. I've been terribly busy doing busy things and not writing. Some might even say I have been hopeless.

Which segues nicely into what I actually want to talk about.

These past two weeks have seen two funerals take place in the church I work at. They're pretty rare around here, so to have two in two weeks is a little bit different, and challenging.

What was really interesting about the funerals was how different they were. The first, a church member, was a dear old lady in her 80s, who had been coming to St Paul's for 35 or so years. She was happy, if a little fragile after a few falls, and had a great social network around her. She died in her sleep, having been seen that day up and about.

The second was a sudden death of a lady who was 50 years old, not a church goer, with a large extended family and social network. I sat in on the service planning with the son, which was a time rife with grief and shock. There was no real faith within the family, but they wanted a good send-off for her.

The difference between the two funerals? Hope.

Interesting, isn't it? That although there was a sadness about the first funeral, it wasn't hopeless.

And I suppose, in amongst it all, that's what we cling to. The hope that Jesus has taken the sting out of death, so that we might live.
Posted by David at 14:36 No comments:

This is not possible. Sort your lives out. 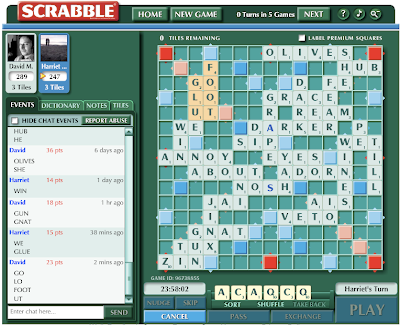 And this made me remember... 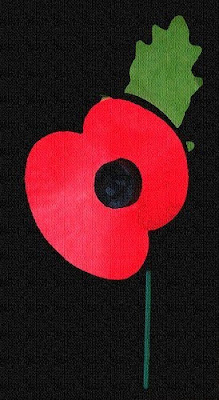 This made me smile...

It's old hat in some ways, but amusing nonetheless.

The news came to my attention today, that a South African pastor had opened a sermon with these words: "Today I will start with a three-part sermon on: Jesus was HIV-positive."

It's poor rhetoric, in the sense that people are going to focus on the problem of Jesus having HIV, and not to underlying point that the pastor was trying to make, and that is: Jesus identifies with the outcast. Those that society and the church don't want much to do with: tramps, gays, HIV sufferers, single mothers and gang-members - Jesus is right there in the middle.

Thankfully, not every religious leader in South Africa has dismissed it:

"Amid the controversy, Reverend Siyabulela Gidi, the director of South African Council of Churches in the Western Cape, has come out in support of Pastor Skosana, saying his standpoint is theologically correct.

"What Pastor Skosana is clearly saying is that Christ at this point in time would be on the side of the people who are HIV-positive - people who are being sidelined by the very church that is attacking him," the Anglican priest says.

"Pastor Skosana has fortunately got the country talking, he's got the world talking and that is what theology is all about."

So, I was praying the other day, while walking home from football training. It was my usual stumbling through a few thoughts and occasionally uttering them out loud. My mind wandered, and sometimes I'd pray for the things my mind wandered to, and sometimes I didn't. I would be loathe to say that the whole time I was walking - or limping, I suppose - I was in prayerful bliss, but somehow, I knew that I was having a very languid conversation with the Almighty.

Then I found myself saying "Sorry, God..." 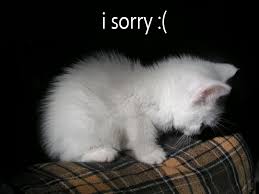 Sometimes, those words are out of my mouth before I realise what I think I'm sorry for. Maybe I'm just a closet Catholic, but I seem to think that unless I apologise for every minor misdemeanour, God won't listen to me.

And, rather ridiculously, I was apologising for not saying enough, and letting my mind wander while 'praying'. Then I thought to myself, what if God delights in any conversation? Even if it is a mumbled "Please help Auntie Maud and her arthritis," or even "Cool... leaves to stamp on."

I was talking to a wise man yesterday about all and sundry, and somehow we got around to what God thinks of sin. I postulated that God cares less about sin than we do, and thankfully, the wise man agreed. But, perhaps he also cares less about prayer than we do. I mean, proper, thought-out, coherent prayers. Maybe, just maybe, he loves every snatch of conversation he can get, and waits patiently for us to talk to him again.
Posted by David at 10:28 3 comments: