I probably shouldn't be copying quite so many videos from other people - but hey, if anyone can shed light upon this strange video, I'd be quite grateful. Poor analogies, poor examples, and just a strange way of trying to prove his point.

"My name is Glenn Beck, and I have never read the Bible..."

Prayer, and other annoyances

Actually, I'll start with the other annoyances, 'cause they're easier to write about: 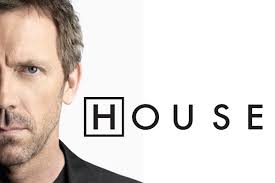 So, I like House. It amuses me, keeps me entertained, and whiles away hours if I need them to be whiled away. Because I don't have access to Sky, I watch House on DVD, when the series ends. I enjoy doing this because I can watch them in my own time, have access to the extras, etc.. I was recently watching series 4 on DVD, and as I went through the various discs, I watched the extras on said disc. Now, series 4 was the one affected by the writers strike, so there were only 16 episodes, across 4 discs. It would make sense then, to have any extras that contained spoilers on the last disc. But no, it's on the third disc, and still four episodes away from the completion of the series - and I now know it all ends. Well done, FOX. I blame FOX because a) they're right-wing nutters, b) they put out House, so they have some part to play, and c) they cancelled Firefly. Enough said.

With regards to prayer: I really don't like prayer any more.

Now, before I get lynched, necklaced or excommunicated, I probably should point out that by 'prayer' I mean 'prayer in groups', or 'praying out loud'. I find it increasingly difficult to avoid switching into holy mode. This is a really extreme example of this: (Thanks to Jesus Needs New PR)

[A minor aside - this woman is crazy. I agree with the essence, I disgree with... well, everything else. A coven of vampires... really?]

Back to prayer: We so easily slip into this holy mode, or start playing language games. For instance, we often at the start of prayers say something along the lines of: 'Dear Father, we pray for Ethel, who has broken her leg.' This feels a bit like we're announcing to everyone else we are currently with who we are praying for, 'cause God sure doesn't need to be told. We then say something like 'We ask that you bring her peace at this time.' Who talks like that?! We're told that prayer is conversation, that it's when we talk to God. But I wouldn't be caught dead talking to a friend like that, why God? I suppose it's because God is thoroughly other, but... really?!

Worst of all, I'm always subconciously on the listen for the 'PHOA' or 'Prayerful Hum Of Approval'. I feel less and less like my prayers, especially when in a group, are talking to God, and more and more like I'm saying the right things on our to-do list.

I suppose what I'm saying is that I feel my prayers aren't genuine any longer. I'm sure God hears them, and translates them from Christianese, but I wish I could break out of these cliches.

So, thoughts? Opinions? Should I be burned at the stake? Etc.
Posted by David at 13:12 7 comments: 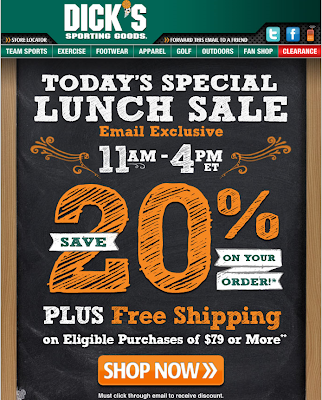 Er, no, Dick's Sporting Goods, I didn't sign up to your newsletters. SRSLY.
Posted by David at 13:06 No comments:

So, yesterday I heard a story about a girl. Let's call her, oh, I dunno, Sophie. That seems like a nice enough name. Now, Sophie is a very pleasant girl, and clearly very bright, as she's studying a subject that is quite difficult at a big school called 'university'. However, Sophie is prone to do some silly things, which is where this story begins.

Sophie recently moved into a very nice flat in a town far, far away, to start her studies at university. When she moved in, she met 5 other girls in her flat, all British, but some from different ethnicities. She enjoyed getting to know them, and spending time with her flat mates.

One day, she got a text from her boyfriend, enquiring about eating establishments in her town: 'Have you seen any nice Indians in your new town?' A fairly reasonable request, especially as no-one wants to eat a bad Rogan Josh.

But, unfortunately, Sophie misunderstood this, and her reply was as follows:

My brother, being the lovely nerd that he is, was looking through his boarding cards of flights he has been on, and saw that eight years ago yesterday, the 22nd of October 2002, we flew on Concorde. We sped over the Atlantic, getting to New York in three or so hours.

Unfortunately, because of the lack of space in said aeroplane, it was a lot like being in Economy for a flight to Spain. Aside, of course, for the caviar. And the big board up the front telling quite how high we were, how fast we went, and how long we were going for. Which, when you're going faster than the speed of sound, are extraordinarily large numbers, and not very helpful.

So, thanks to my Dad for arranging it, thanks for my brother for chaperoning me, and thanks to British Airways for flying a loss-making aeroplane for the sake of going really, really fast.

Apparently, I'm now allowed to use this little image on my blog, which is nice. Can't decide whether I would be subscribing to The Man in doing it though. Oh, heck, why not? Any ideas as to where I would put it?

Also, if anyone else wants to add images to my blog for free advertising, y'know, I'm clearly not a principled man. Just spied an email from Eden.co.uk, a Christian book/music/tat supplier, which seems to specialise in middle-of-the-road media. I often peruse said emails to see what they're foisting upon Christians, often sadly shaking my head when it comes to the CDs. Anyway, this morning turned up a new feeling: The C.S. Lewis Bible. The idea is a nice one: the NRSV Bible, juxtaposed with some of Lewis' writings, endeavouring to see where his theology is taken from. However, something in me is disquieted by the idea of a C.S. Lewis Bible. Your thoughts?
Posted by David at 11:42 4 comments:

This is me. Except I'm not blue, and hats don't suit my head.

I will post some things soon. Probably about Praying, and Death. Not neccesarily together.
Posted by David at 12:34 No comments:

Didn't realise it was possible to go one better...

Another in the long list of weird emails I get. I should start a blog...

I should probably mention that a) I don't know a Jessica Lombard, b) I'm not planning to be married any time soon, c) I am NOT married, so that rules out celebrating it. Aside from that, perfectly normal email to get, I guess.
Posted by David at 09:51 2 comments:

I like numbers. They're fun. Especially when people like Futility Closet make them fun. However, I'm pretty useless with them. I can just about find my way around a Sudoku, but only if it's 'normal'.

I like to see how many people come to my blog, because, well, I'm an egotist and I like attention. There have been times in the last few months where I have had 80 readers a day. It came to my attention recently that this had significantly slipped to a much less enjoyable figure to read.

And so, in my rather imitable way, I got thinking. What is it about numbers that denote success? Even if the venture was never meant to be defined by numbers? I've mentioned before on this blog (admittedly in rather crass fashion) that I wasn't really writing for anyone but myself, and the fact that people were reading this rubbish went to my head.

So, I again came to the conclusion that it was about writing for the sake of writing - nothing more, and nothing less. And just as I was thinking that, I got an email that told me I wasn't in the final of the Christian Blog Awards. And you know what? That's OK.

It made me wonder about church as well. What is it about church that means we measure success by numbers? Why not discipleship? Why not nurture of our brothers and sisters? Why not how a community lives out lives of worship? I suppose those things are difficult to quantify, while 'how many people turn up on a Sunday' is an easier target. Numbers are so easy, huh?
Posted by David at 15:42 8 comments:

I can't believe I've managed to get the word 'bigotry' as the title. One of favourite words in the English language. Just rolls off the tongue, no?

Anyway, I read the Bible, so I forget that people like this actually exist: